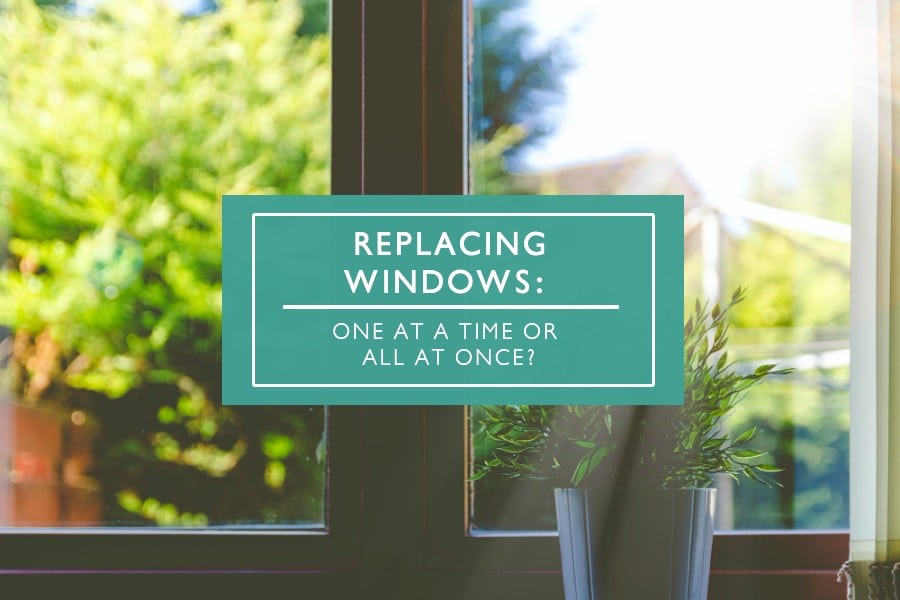 Should You Replace All Of Your Windows At The Same Time?

We constantly want to improve our home. From making the interior more comfortable to boosting the curb appeal, we renovate, upgrade, or add to different aspects of our home.

When it comes to home improvement, there are some projects you can’t do partially while there are others that can be done in stages. You can’t just install half the deck, but on the other hand, you can just first replace the shower for your bathroom remodeling project.

Homeowners would typically know when they can do partial home improvement projects. However, there is one aspect of a home that confuses a lot of people - which is the window. It’s clear that we have to replace a window or more if there is a specific issue to address, such as damage, leak, or ventilation problems. The next question is, should we replace just the affected windows or would we need to do a whole-window replacement.

If you’re also wondering which one would be a better strategy when replacing windows, continue reading to know about the best window replacement option for you.

ON THIS PAGE
Reasons Why You Need To Replace A Window
Function
Aesthetics
Why Should You Get Your Windows Replaced All At Once?
Age
Function
Ventilation and Sunlight
Easier Maintenance
Aesthetic
One-Time Installation
Cost
When Should You Replace Windows One At A Time?
Minor Issue
Time
Upgrade
Singled-out
Which Window Should I Prioritize?
Is It Better To Replace Windows All At Once or One At A Time?
How To Find The Best Deal For Your Window Replacement Project

Reasons Why You Need To Replace A Window

Before we determine if it’s better to replace all the windows at once or one at a time, we should first discuss why it needs to be replaced. There are usually two reasons why people usually need replacement windows. It is either there is an issue with the window’s function or they want to upgrade for better aesthetics and increase curb appeal.

Similar to most parts of your home, you also need to replace broken windows, especially if these are broken beyond repair. There are common issues such as difficulty to close or open, leaking, damaged glass, condensation build-up between the panes, and other obvious problems. On the other hand, there are also issues you won’t see, like problematic ventilation, hearing unwanted noise, or getting a draft in the room.

The other reason to get a window replaced is to increase curb appeal and improve the style, especially if the window looks worn. Aside from its importance in your home’s exterior look, it also matters what the view looks like from the inside. If you think about it, you spend more time looking outward than seeing the windows from the outside. Curb appeal and the exterior design is more for potential buyers and passersby, so it’s more important to get a window that you enjoy and makes your home more comfortable. 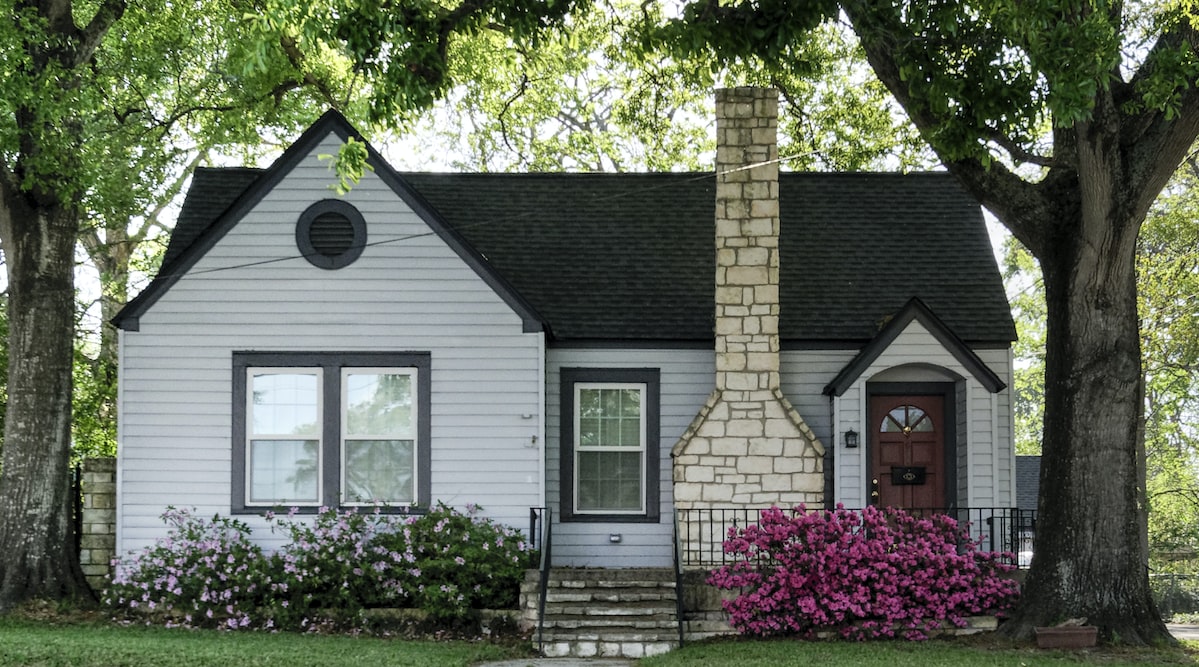 Why Should You Get Your Windows Replaced All At Once?

So when should you get a whole-house window replacement? Here are some reasons why:

Similar to most aspects of your home, if your windows are more than two decades old, then you might need to replace all of them. This is because you would probably start experiencing issues with the window’s function.

If you find that one of your windows is having issues, you will need to take a look at the other ones as well. For most homes, the windows have been installed at the same time and have the same age, which means that there is a high chance that the others would follow suit. While it doesn’t necessarily mean you need to replace them, since sometimes you just need to do a bit of maintenance, it’s better to take precautions.

Do note that there are other factors than the time that could have made this one window get worn faster. The placement, exposure to outdoor elements, maintenance, and usage have an effect on each window. To be sure whether you really need to replace all the windows, you could ask a professional to check.

Another reason to replace the windows is if you are having issues with the ventilation or lack of natural lighting in your home. If you experience a draft in most rooms, replacing the windows will not only fix the problem but it can also help lower the heating bill. The same goes for the electricity bill since making sure that the windows allow enough sunlight won’t force you to turn on lamps and other lighting fixtures during the day.

If you’ve moved into your home, you might not know how long the windows have been there or if they are well-maintained. Replacing all the windows at once will make it easier to track when they are due for a replacement in the future.

One of the main reasons why homeowners want to replace all the windows at once for aesthetic reasons is because they don’t want mismatched windows. Replacing the windows of the whole house creates a consistent style that would look great for years. If you replace one window, it might stand out and look out of place, especially if the rest of the windows are outdated.

Replace all the windows will also greatly improve the exterior design and boost curb appeal. With this one project, you can completely transform your home’s exterior.

Like most projects, getting your windows replaced will in some way disrupt your daily life. If you decide to do a whole-house replacement, then you would also need to deal with the sudden disruption once. If you do it in stages, then there would be more visits from your contractor. If you are the type that wants to be home when installers work, then you would have to do it multiple times - including clearing a path or preparing the work site inside if need be.

While the cost of the project would vary depending on the size of your home, and the number, type, and current state of your windows, it would be less expensive to replace all the windows in the long-run. For one, you would just have to pay labor costs once rather than multiple times.

Related: 12 Types Of Replacement Windows (And Costs) That Homeowners Need To Know About

When Should You Replace Windows One At A Time?

It can be expensive to replace all your windows at once. Most people who don’t have the budget will choose to leave the rest of the unaffected windows for later. But aside from not having the budget, there are other reasons why you should only replace one at a time.

If you are just dealing with small problems such as cloudy glass, fogging, or sealing issues, then it’s not worth it to replace all the windows of your home. The same goes if you have ventilation issues in just one room as opposed to your entire home.

If it’s only one window that has issues and you are pressed for time to replace it, then you should do it. This way, you can make sure that your home is safe and secure. You also won’t have to stay up at night worrying about that problem window.

Some homes don’t have one style of window. If you just want to replace an outdated custom window, then you can already boost the curb appeal and make your home more visually appealing at a lower cost.

Which Window Should I Prioritize?

If you don’t have the budget for a whole-whole replacement, then the next step is determining which window to prioritize. There are usually two reasons why people usually need to replace windows. It is either there is an issue with the window’s function or they want to upgrade for better aesthetics and increase curb appeal.

Sometimes, you want to replace your windows for both reasons. If you are faced with this dilemma, the function would be more important since it has an impact on safety and efficiency. Security, fixing the damage, and making sure a window operates properly should be prioritized. You should deal with broken glass and leaking immediately to prevent more problems.

For aesthetics, it should be prioritized when it involves rotting and warping. This may cause the windows to have issues functioning in the future, so it should be addressed immediately. But if you’re only worried about the design for the aesthetics, then you can probably put off replacing the unaffected windows for now.

You may also want to prioritize replacing windows with ventilation or lighting issues. This can save you on your heating and electricity bill in the future. 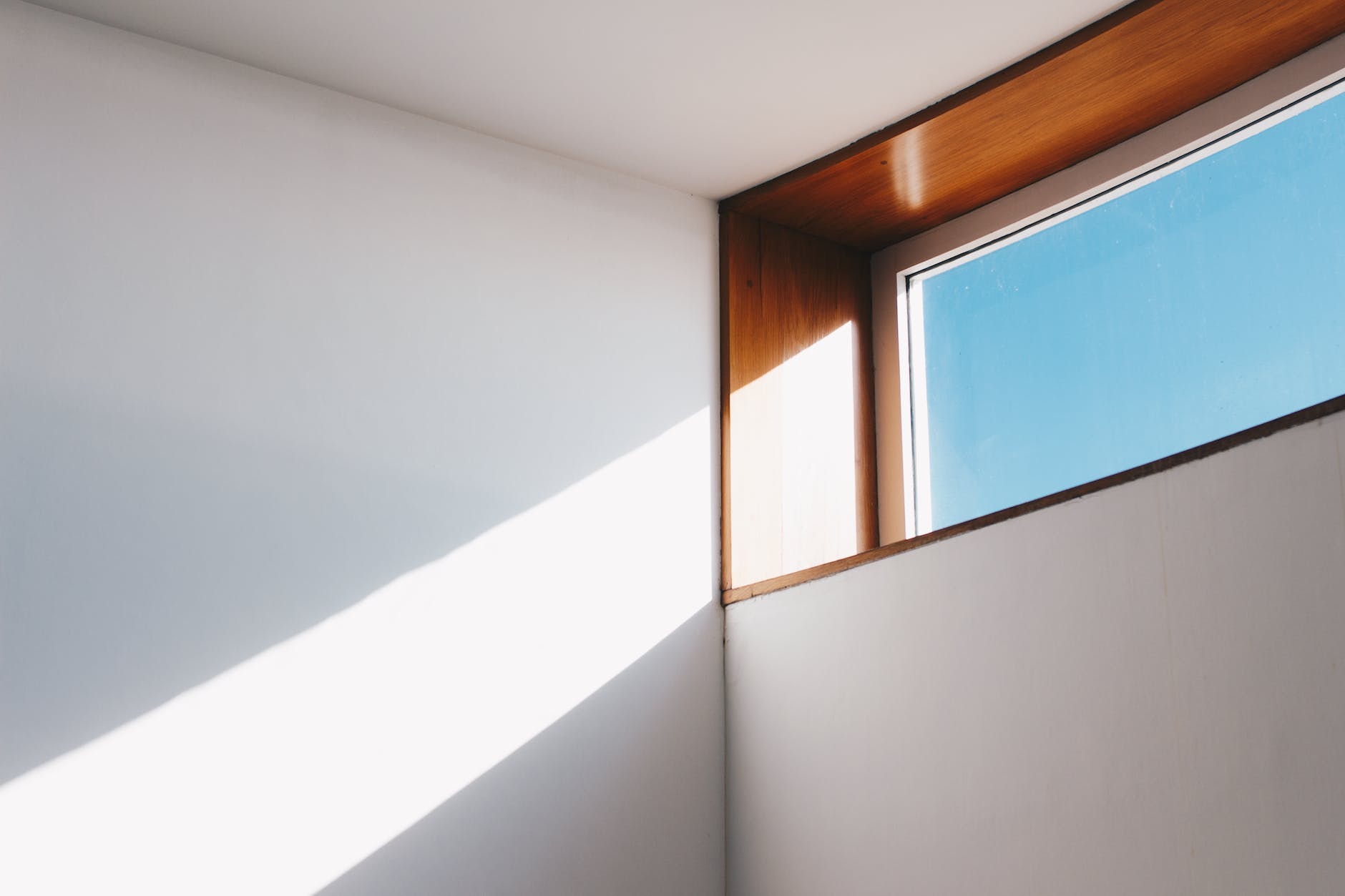 Is It Better To Replace Windows All At Once or One At A Time?

Ultimately, it depends on your needs or preferences. Each house and project is unique, with many factors such as issues, damage, size, style, and materials that can affect the cost. To give you a rundown of what was discussed above, here is my take on when it’s best to replace all your windows at once.

If you haven’t replaced your windows for decades, then it’s better to get a whole-house replacement. This way, you won’t have to deal with hard-to-open windows, leaks, problematic ventilation, and other issues in the future. You should also replace all the windows if curb appeal and the overall exterior look matters to you. 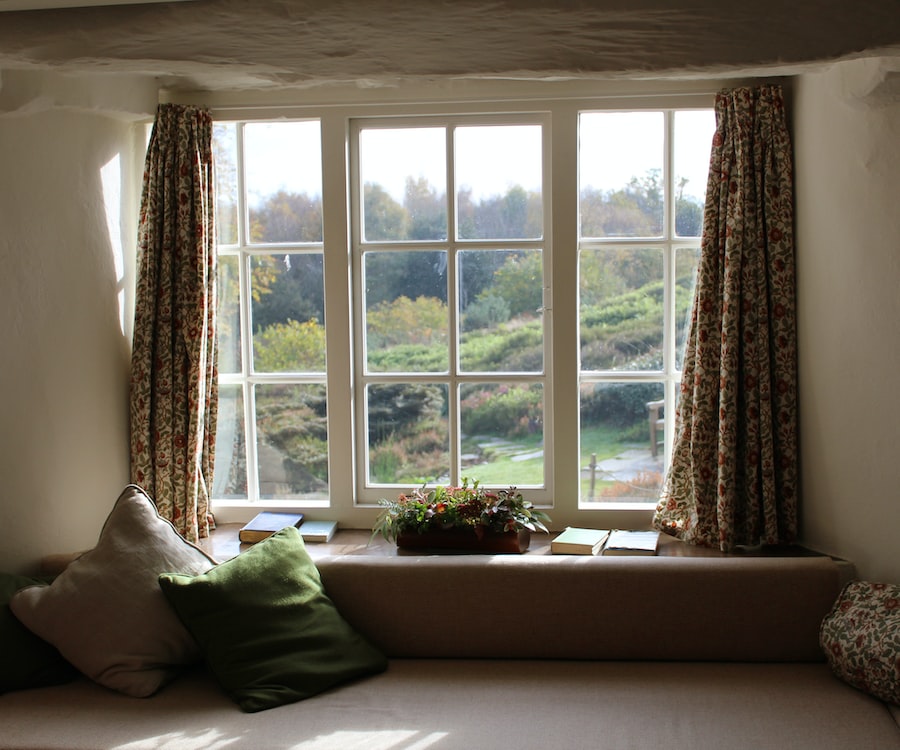 On the other hand, you could do one at a time for unique or specialty windows such as bow, bay, or custom. Aside from not having the budget for replacing all the windows, you could also do it one at a time if you don’t mind mismatched windows.

While I did mention that it depends on your needs and preferences, it would probably still come down to the budget. If you can afford a whole-house replacement, then you should go for it. Many professionals can do the job in less than a week, which won’t disrupt your daily life for too long. This would also take less stress and paperwork since you’re already done fixing all your windows and don’t have to worry about the overall look, window function, and other potential issues.

How To Find The Best Deal For Your Window Replacement Project

You may think that you don’t have the budget for a whole-house window replacement, but that’s probably because you haven’t seen your options. Some homeowners who thought they could only replace a few windows were able to afford more or even the whole house after finding reasonable prices.

If you are looking for a contractor and want to get several estimates, click the button below. I operate a partner network that covers nationwide.

Compare quotes from prescreened contractors in your area. Having them ‘chase’ you in this manner is a lot easier than reaching out one-by-one and typically gets better pricing. I think you'll also find my partner contractors are more responsive and professional than most.

Related: 11 Questions You Need To Ask Your Window Replacement Contractor