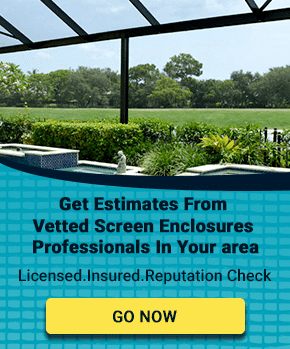 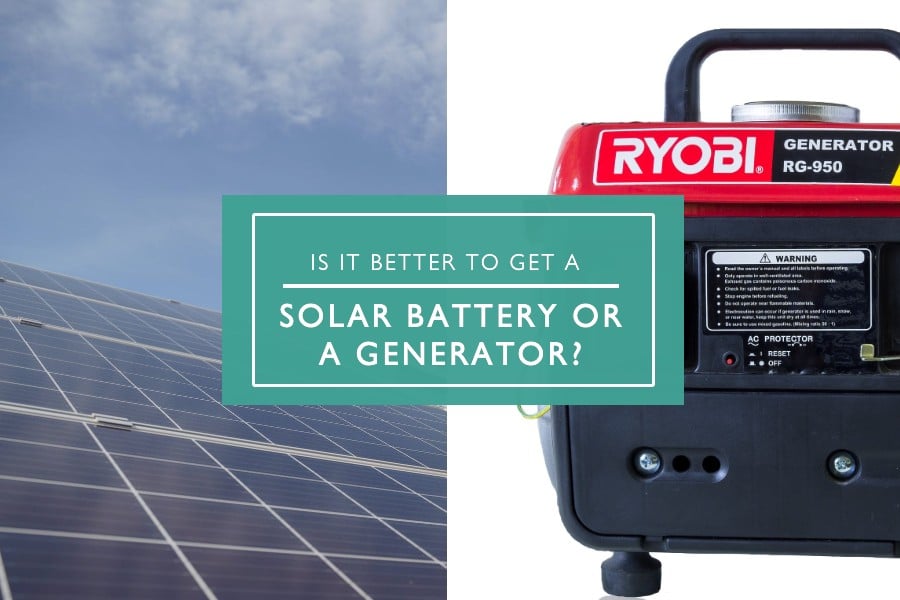 Solar Battery vs. Generator: Which Is Better?

The effects of a power outage at home have changed dramatically over the years. Just a few decades ago, a power outage meant a bit of inconvenience and potential concerns about the heating or cooling of a home. However, with an increased reliance on technology, modern power outages can often mean an inability to efficiently work or communicate with others.

For people installing solar power systems for their homes, one of the decisions they often need to make is whether to invest in a solar battery or a traditional generator. These are quite different devices with different benefits. Let’s take a look at what these are, their benefits, and which is a better investment.

Table of Contents
What is a Generator?
What is a Solar Battery?
Cost
Maintenance
Convenience
Lifespan
Final Thoughts

What is a Generator?

It’s likely that you already know what a generator is. If this is the case, feel free to skip to the next subsection. However, if you are not fully sure, a generator is essentially a device that converts the mechanical energy from fuel sources into electrical energy. Generators are used to keep businesses, hospitals, and many other places running when the power goes out. They are often located outside and require periodic inspection and maintenance.

What is a Solar Battery?

While generators have been around for a long time, solar batteries are relatively new innovations. A solar battery is a device that stores energy generated from solar panels for later usage. Solar panels take in power from the sun. They then channel this power to an inverter which then sends the power to the battery. The battery is typically located inside the home. It maintains a charge. In times when solar panels are unable to produce power, the battery outputs power to meet the home’s needs. Batteries can generate power at night, during power outages, or during peak energy times when rates are higher.

When comparing any sort of investment, often the first thing that comes to a person’s mind is cost. Let’s dive into an examination of the cost differences between solar batteries and generators. Solar batteries are typically more expensive by comparison. A battery will start at approximately $6,000 not counting installation costs. Large homes may also need multiple batteries if they use lots of energy. Thus, a solar battery backup system can range from $10,000 to $20,000.

Meanwhile, generators are more affordable. A generator able to create enough power to serve a home can be purchased in the range of $3,000 to $5,000. Like solar batteries, the size of a generator depends on your power usage. If you have a large home or use lots of power, you’ll need a larger generator, which will cost more. However, it is important to note that the upfront cost is not the only factor when it comes to generators. You will also have to purchase fuel to run the generator. This is typically diesel, gasoline, or propane.

Thus, when comparing the two, a solar battery will be a larger cost upfront while generators will have some periodic costs going forward. Solar batteries will also allow for solar usage at night, providing an added decrease in utilities.

Another common question with any major home purchase is, “How much work will this cause me?” The reality is that many things need periodic upkeep. When you first install a solar battery, you’ll need to program a number of settings; however, it is best to have your installer do this for you. The remainder of maintenance depends on what type of battery you have.

Flooded lead-acid batteries must be checked every two to four weeks. This includes the water level, state of charge, and equalization charges. You should also clean terminal connections with a paste made of water and baking soda. Meanwhile, sealed lead-acid batteries require less maintenance. You simply need to periodically check the state of charge (an easy thing to do) and dust cables. Finally, lithium ion batteries require almost no maintenance other than periodically ensuring the cables are tight.

With generators, there is quite a bit of maintenance that needs to be done. First, oil changes should be done after roughly every thirty hours of use. Spark plugs and filters should also be changed every 200 hours of usage. Generators with electric start will need batteries to be changed every now and then (and the battery to be periodically tested). Thus, generators require keeping records of operation and maintenance. Generators should also be tested at least once a month to ensure consistent operation.

The leader in convenience is a solar battery. This is because solar batteries can be programmed to automatically detect a power outage and instantly kick in to provide power to the home. Additionally, batteries will be able to recharge during sunlight. This means that solar batteries provide a relatively hands-free experience that works well partnered with your solar system.

By comparison, generators can create a bit more work. First, while it is possible to have generators sense outages and automatically kick in, that requires installing additional features. Without that, a power outage means going out to the generator, fueling it, and starting it. Additionally, a major complaint with generators is that they are loud. For smaller or average-sized homes, this may mean there will be few places in the home where the sound of the generator isn’t noticeable.

Solar batteries have a lifespan that ranges from five to fifteen years. This again depends upon the type of battery purchased. Lead-acid batteries have the shortest lifespan while lithium batteries last a very long time. Still, most solar systems last for up to 30 years, meaning that you’ll need to typically replace your solar battery at least once to last the life of your system.

By comparison, generators will last for between 10,000 and 30,000 hours of operation. If it runs continuously, this would be roughly four years. However, generators obviously aren’t used continuously. A generator that is only running during power outages would likely last longer than the life of your solar system as long as it is consistently maintained.

When deciding between solar batteries and generators, there are definitely benefits to both.

Ultimately, while generators are the cheaper option in terms of upfront cost, a solar battery would be a great investment for those with residential solar power. It increases the efficiency of the system, lowers utility bills, and can be relatively low maintenance (one of the reasons lithium ion batteries are rising in popularity). These advantages are some of the reasons why many homeowners opt for solar batteries with their systems.